Barcelona’s bid to re-sign Neymar from Paris Saint-Germain could be back on track, after a report in France hinted that a deal involving Philippe Coutinho is now an ‘accepted’ idea.

The 27-year-old became the world’s most expensive player when he swapped La Liga for Ligue 1 two years ago, joining PSG for a gargantuan fee of €222m. But reports of unrest have dominated the headlines in recent months, with Barça, as well as heavyweight rivals ?Real Madrid, linked with rescuing Neymar from his Parisian nightmare, albeit at huge financial cost.

Earlier in the day, ?reports claimed that Barcelona were unwilling to stump up the cash for Neymar, leaving Real Madrid in the clear to submit an offer, potentially involving Luka Modric. But now, French publication ?RMC Sport claim that talks with sporting director Leonardo have concluded that a deal can be done if a player from Barça were to be involved.

Said player in RMC’s report is former Liverpool midfielder ?Philippe Coutinho, who is enduring a nightmare of his own out in Spain after his own mega-money move from Anfield little over 18 months ago.

It’s claimed that Barça ‘accelerated’ talks over the past few days, with directors from the two club’s hierarchies discussing the possibility of thrashing out a deal.

Until now, PSG have been unwavering in their stance on ?Neymar, insisting they want to recoup the full amount they paid in 2017, in cash. The idea that players could be included as a makeweight in any deal as been banded about several times, but has never really had much substance to it – despite coming from reputable sources.

But with Coutinho, things are entirely different. The Brazilian playmaker has been unable to earn a regular starting role at Camp Nou, often becoming a scapegoat for the club’s impetuous fanbase despite La Liga success last year. 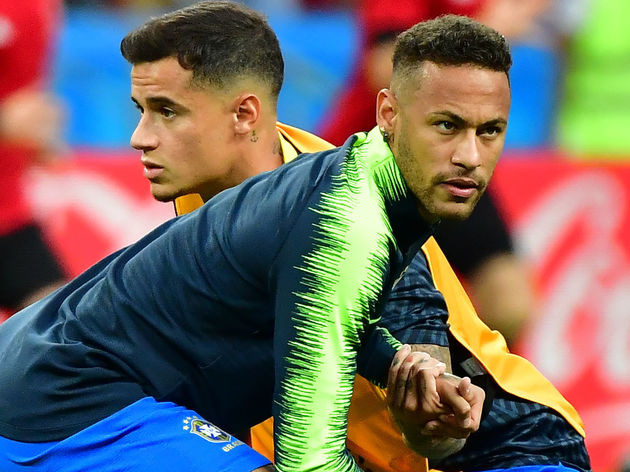 An official offer could now be made next week, if RMC’s report is anything to go by, with Barcelona hopeful a large chunk of cash, plus Coutinho, is enough to tempt PSG into selling their troublesome poster boy.

Additional funding in the hunt for Juventus’ Paulo Dybala could prove useful to Thomas Tuchel’s side, with interest in the Argentine understood to be growing following the collapse of his proposed moves to Manchester United and Tottenham last week.