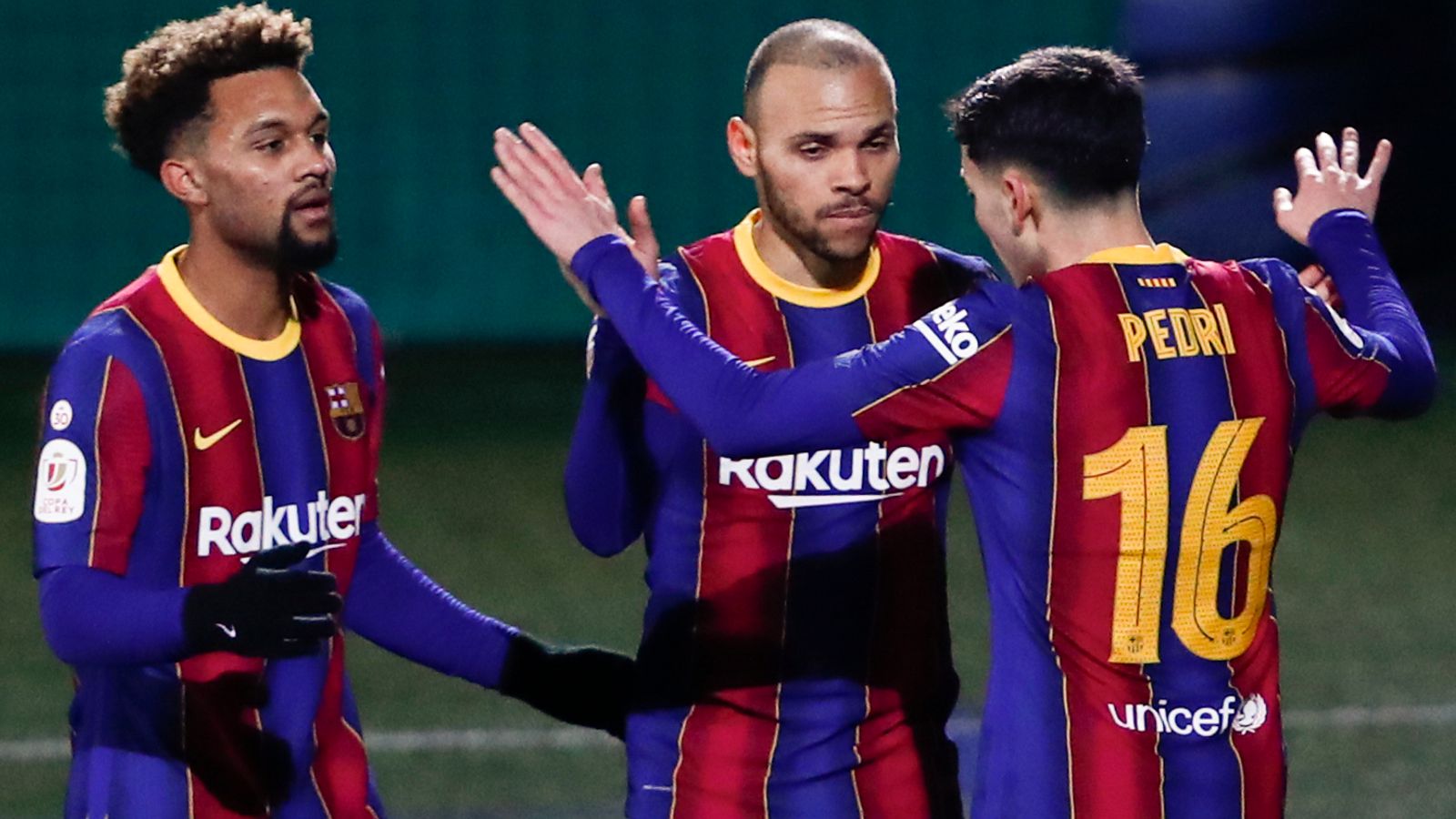 Barcelona needed extra-time to squeeze past third-tier Cornella and avoid the
possibility of becoming the second Spanish superpower to be knocked out of the Copa del Rey in successive days.

With rivals Real Madrid crashing out to lower-league opponents 24 hours earlier, Barca missed two penalties in normal time before sealing their progression into the round of 16 with a 2-0 victory.

Miralem Pjanic and Ousmane Dembele saw their spot-kicks saved, but the latter made amends with a fine strike early into the first period of extra-time, with Martin Braithwaite adding a second late on following Albert Estelles’ red card.

Athletic Bilbao were also pushed all the way by Segunda Divison B outfit Ibiza before claiming a 2-1 comeback victory.

Unai Nunez scored a stoppage-time winner, Raul Garcia having equalised after coming on at half-time. Ibiza had led through Javi Perez but were ultimately eliminated by the Supercopa winners.

In La Liga, leaders Atletico Madrid needed a late Luis Suarez penalty to win at Eibar and move seven points clear – while still boasting a game in hand on all their rivals.

Eibar goalkeeper Marko Dmitrovic gave the hosts the lead with a spot-kick of his own early on, but Suarez levelled before half-time and then wrapped up a hard-fought 2-1 win as he converted from the penalty spot with one minute remaining.

Elsewhere in league action, Valencia and Osasuna took a share of the spoils following a 1-1 draw at the Mestalla.

Jonathan Calleri put the visitors ahead shortly before the break only for an Unai Garcia own goal in the 69th minute to earn a draw for Valencia.

Meanwhile in Italy, Lazio beat Parma 2-1 in the Coppa Italia round of 16 as a last-minute Simone Colombi own goal set up a quarter-final clash with Atalanta.

Valentin Mihaila thought he had taken the tie to extra-time with a late equaliser for the visitors after the hosts had taken the lead through Marco Parolo’s effort, but Colombi’s unfortunate contribution settled the tie.