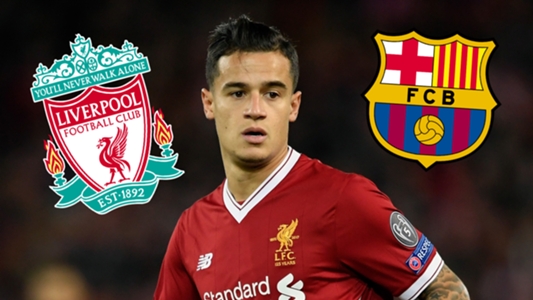 Liverpool forward Philippe Coutinho has played down rumours linking him with a move to Barcelona, saying he is ‘very happy’ playing at Anfield.

The Brazil international was the subject of a transfer battle between the Reds and the Catalan giants in August, putting in a transfer request to try to force a move to Camp Nou. However, Liverpool bosses had no intention of selling one of their star players and were unwilling to let the 25-year-old leave.

Barcelona are reportedly ready to return for the attacker, but Coutinho has insisted that he is happy with Liverpool and at the moment, has no desire to leave the club.

“I’m playing in one of the biggest leagues in the world,” he told reporters before Brazil’s friendly with England.

“I’m always happy.  But now it’s important to concentrate on the national team. At the moment I am very happy with my life.

“Every day, I work harder than before to improve myself and become a better all-around footballer.”

Coutinho missed the start of the Premier League campaign with a back injury, but has slotted straight back into Jurgen Klopp’s XI, with two goals in five Premier League appearances.

In addition, he also impressed in Europe as Liverpool returned to the Champions League, netting against both Spartak Moscow and Maribor. His performances since returning have earned praise from the Reds boss, who insisted that there was no disharmony in the squad despite the failed move.

“The team was happy when he was back,” Klopp said in September. “We are not non-league football. There are offers for different players and that’s how it is – sometimes people think about it sometimes not. He is here with 100 per cent and that’s really good.”

A hip problem has seen Coutinho miss more time with the team before the international break, but he can prove his fitness on Tuesday with Brazil against England before returning to domestic action on Saturday, November 18 against Southampton.