The Italian has revealed his dream team which is dominated by Manchester City stars with players from Arsenal, Liverpool and Chelsea completing the line-up

He may never have played in the Premier League but Andrea Pirlo certainly knows a thing or two about playing with some of the best players in the world.

The 36-year-old World Cup winner, who claimed Serie A with both AC Milan and Juventus in a glittering career, also knows what it takes to win the league and has now come up with his very own Premier League dream team.

The remainder of the team is made up of Arsenal, Chelsea and Liverpool stars with Branislav Ivanovic, John Terry and Nacho Monreal competing the defence.

In midfield Philippe Coutinho, Mesut Ozil and Alexis Sanchez feature behind a single striker, Aguero, who Pirlo describes as: “Just one of the best strikers in the world, despite some injury problems. When he is fit and in the team, Manchester City look another class to everybody else in England. 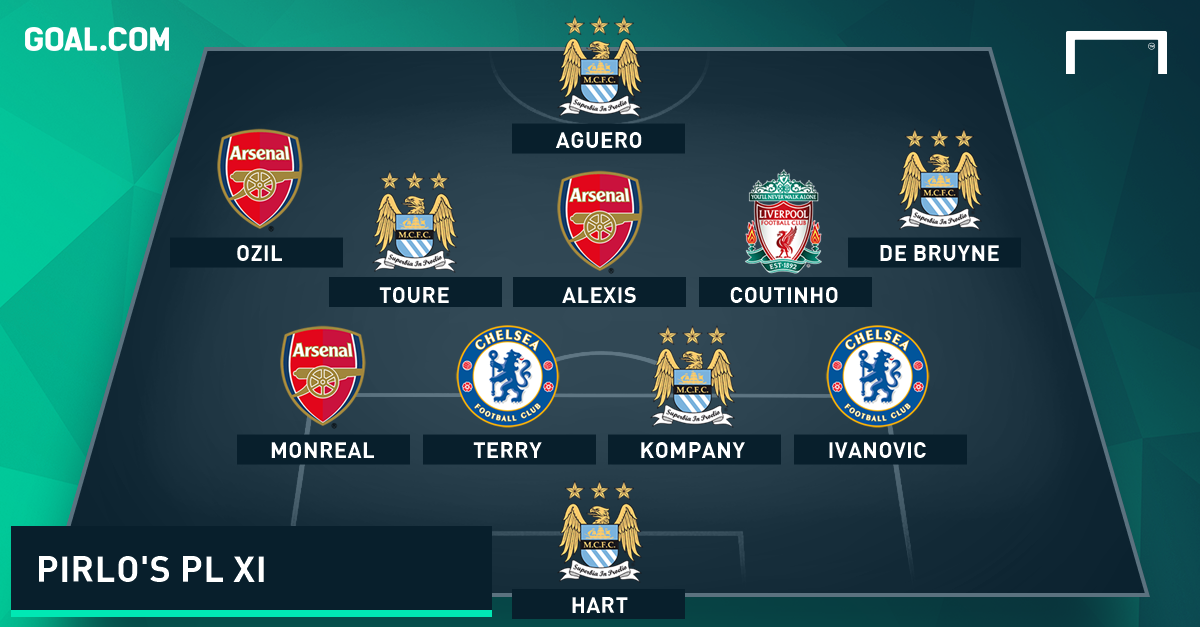